The unity of theism and atheism is established in one person – God. Theist spend a lifetime to defend his existence and so do atheist in refuting it. Both of the people are convinced more not by philosophical revelations but by their ordinary lives. An atheist is promoted at work and he sees his hard work and so he asks which god is behind this if not me. When the same happens to a theist he realizes that many had the qualification but specifically him was chosen , it must be God’s working. An atheist’s child is sick at hospital, he is desperate almost submitting to the gods but then the child is healed and he praises the doctors. A theist on the other hand retreats to prayer and a miracle he sees and thanks God. An atheist loses a loved one, he is bitter, angry with the gods he doesn’t believe exist. A theist is also angry, broken but he finds comfort in the Lord by the knowledge all works for good. If you look at the lives of these two, you find extremes and stating who lives is the best life is subjective. But one thing is for sure, if that God, atheist refute of his being exists and theists knows it then their way of life is valid. Atheists will say, so what if he exists but forget that if he does, his actions are beyond us and his being is not limited by our inclination to opinions. If he chooses to bless us it ain’ 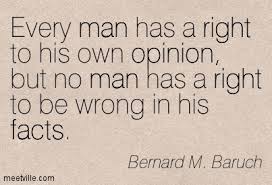 t because we are the best but because he wants to. We can refute theism, we can look down up theists but as concerns God’s existence and his authority; our opinions do not matter.